A small group of 5 PATC hikers (actually 4 PATC hikers and one adult daughter) completed a loop hike in the James River Face Wilderness on a beautiful Saturday in early March. Hikers included Nancy Handley, the Ballen family, and hike leader Jeff Monroe. The group started on Petite's Gap Road and climbed the Sulphur Springs Trail.  The SST is wide and gradual, as it was a woods road prior to JRF gaining Wilderness status back in 1975 - the first Federal Wilderness in Virginia.

The group reached the Appalachian Trail and turned southbound.  Near the Marble Springs campsite, downed tree limbs became more prevalent, reportedly the result of a recent ice storm that also affected Roanoke.  Hiking past the campsite and climbing Highcock Knob, the downed branches were everywhere, as can be seen from the photos posted here.

Getting around the tree branches slowed the group's pace considerably.  We would not recommend hiking here until the fine folks in the Natural Bridge Appalachian Trail Club can get out here to clean up the trail.  The trail was in rough shape all the way to the trail's intersection with the Petite's Gap Road.  And possibly beyond - we didn't check!  Instead we turned onto the road and hiked that back down to our vehicles. 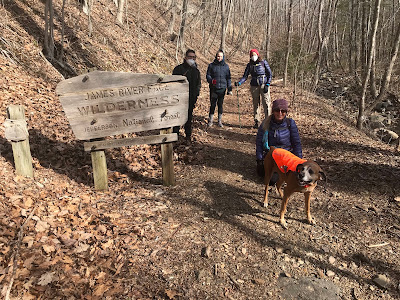 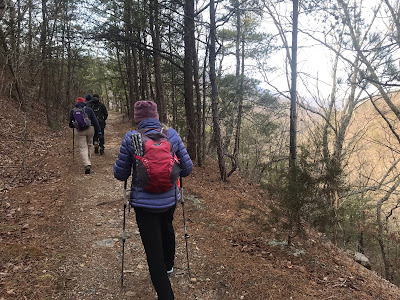 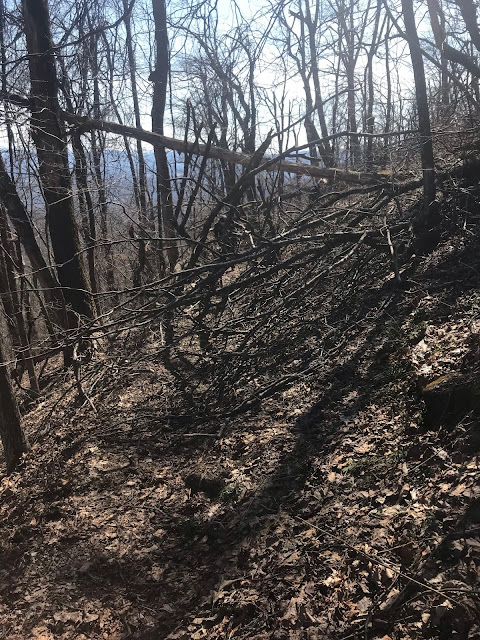 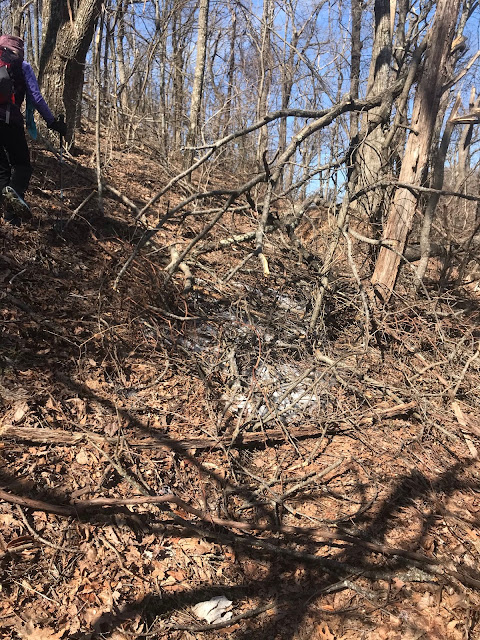 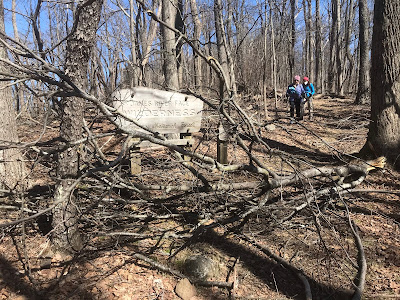 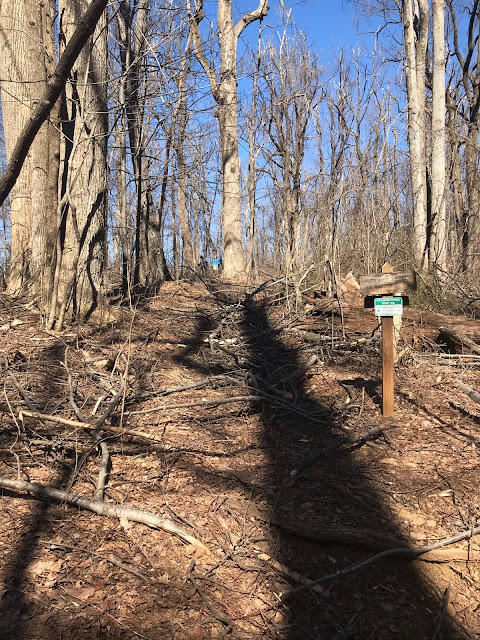 Weather was not kind to the first PATC hike of 2021. The February 14 hike was originally scheduled to occur in Goshen, and had been scheduled for the Sunday before. But snow and ice controlled early February, so the group ended up hiking near Charlottesville along the Rivanna River. The hike started at the Charlottesville State Farm campus parking lot and dropped down to the Old Mills Trail. The group then followed the Old Mills Trail past its "official" end, hiking under Interstate 64 and along the Rivanna River for a 6 mile out-and-back hike. The group included Joan Gilrain, Barbara Martin, Nancy Kern, Dianne Anderson, and Jeff Monroe, along with two dogs. Not a lot of elevation gain to this one, but the hike through the snow along the river was very peaceful and beautiful, without any other hikers until the very last minutes of the hike.  Six miles total, with Joan training to become a hike leader. 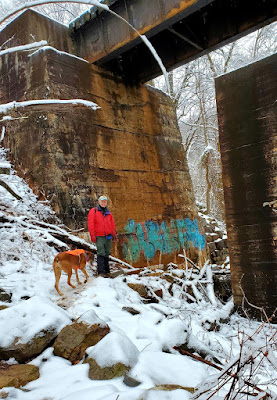 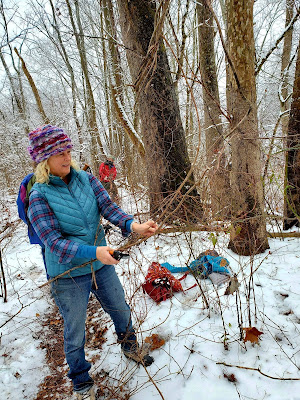 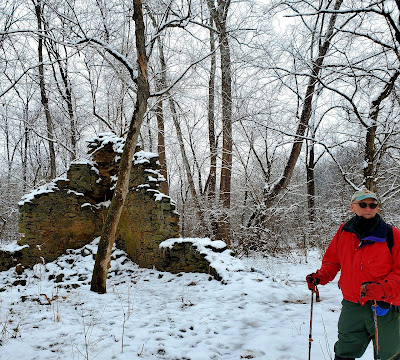 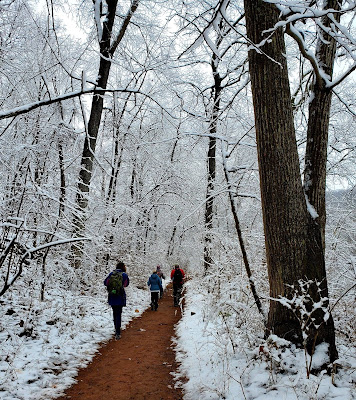 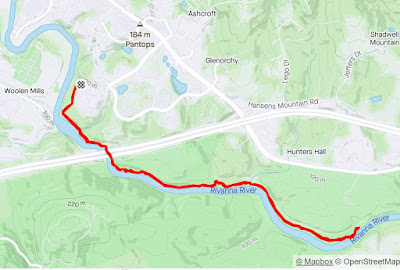 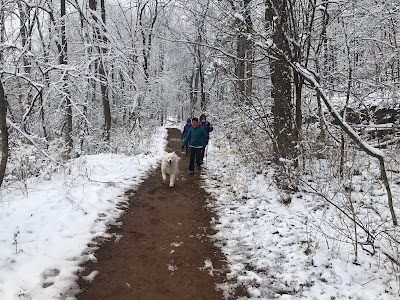 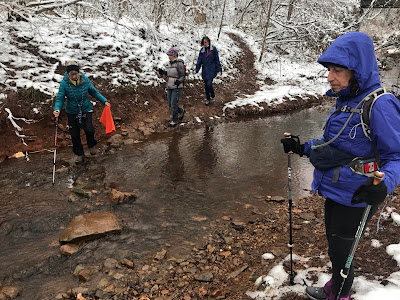 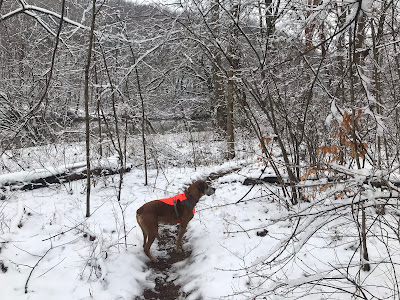 COVID19 disrupted trail maintenance this year with the closing of Shenandoah National Park and a need to keep distance between people. Nevertheless, work on the Charlottesville Chapter’s section of AT between Rockfish and McCormick Gaps eventually commenced. John Shannon fired up the club’s weed-whacker several times to cut back summer’s grassy growth. The district manager and Barbara Martin reported fallen trees, although some confusion ensued because a mystery maintainer removed some blowdowns along the AT in the South District. The Chapter’s cross-cut saw made cutting some large logs easier than expected.

John also directed some effort toward cleaning out waterbars. Those at Rockfish Gap did not take much work, allowing time for some spot regrading to divert water in other places to head off erosion. Meanwhile, Marian Styles repainted north- and south-bound blazes along the section. John continued his campaign to save trees from bittersweet and found some new patches where he hopes he saved some trees from premature strangulation.

In December, Dave Abdallah helped John to clear water diversions on the steep McCormick Gap section as well as to start improving drainage at a number of muddy areas noted by Marian.
On December 21, John and Marian inspected the snowy trail expecting some trees down from an ice storm that had hit Charlottesville but found that the area had mainly escaped the damaging ice. They cleared one overhanging tree and a few branches before returning by walking back along the closed Skyline Drive.

A small group of four PATC hikers and one dog explored various trails in the SNP Central District on Saturday, November 21.  The hike started at the Bearfence Parking Lot on the Skyline Drive.  While Michael Seth, Dianne Anderson, and Nancy Handley explored the Bearfence Trail, hike leader Jeff Monroe and dog Gracie took the parallel Appalachian Trail since dogs are not allowed on Bearfence. 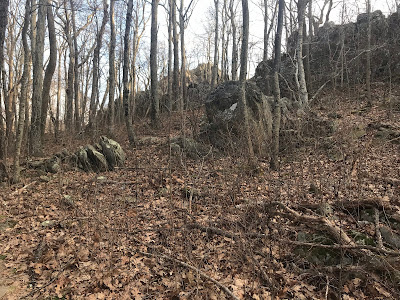 The group met up again on the southern intersection of the two trails and continued south on the AT to the Meadows School Trail.  Following this trail to the SNP western boundary, the group inspected some recent development just outside of the park. 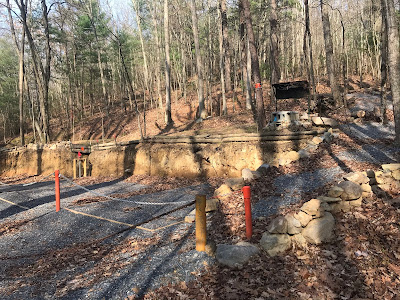 After climbing back up to the Skyline Drive, the hikers lunched at the Bearfence Hut and then continued south on the AT to the Lewis Mountain Trail, which they followed to its end.  The group's return was through the now seasonally closed Lewis Mountain Campground and picnic area, and then north on the AT back to their cars. 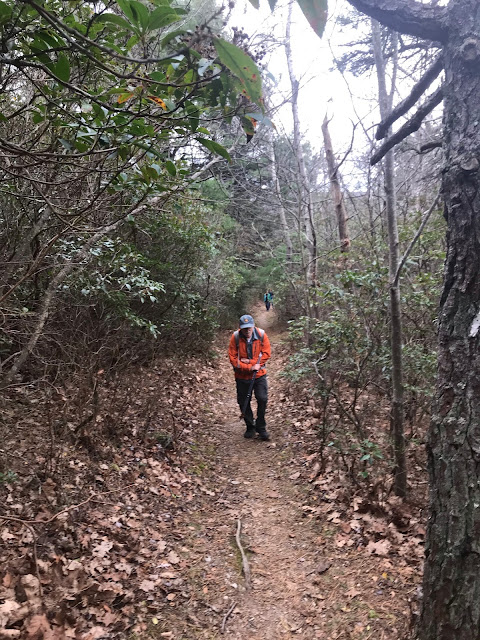 Total hike length was 9 miles, with a total ascent of 2325 feet.  Minimum elevation was 2271 feet at the western boundary of SNP, and maximum elevation was 3609 feet on the Bearfence Trail.  The hike took just under 6 hours to complete.

A core group of dedicated Charlottesville Chapter members gathered on a dreary Sunday afternoon on the grounds of PATC's Dunlodge Cabin to elect officers for 2021-2022.

Congratulations and thanks go to the following folks who stepped up to serve the Chapter!

Elected this day were:

Bill Holman, President (standing, on the right end of the photo below in the blue knit hat)
David Abdallah, VP
Margaret Helber, Treasurer

The Chapter looks forward to better times ahead! 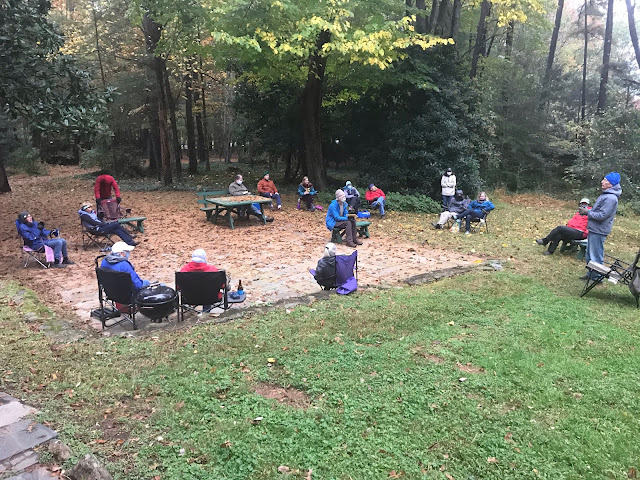